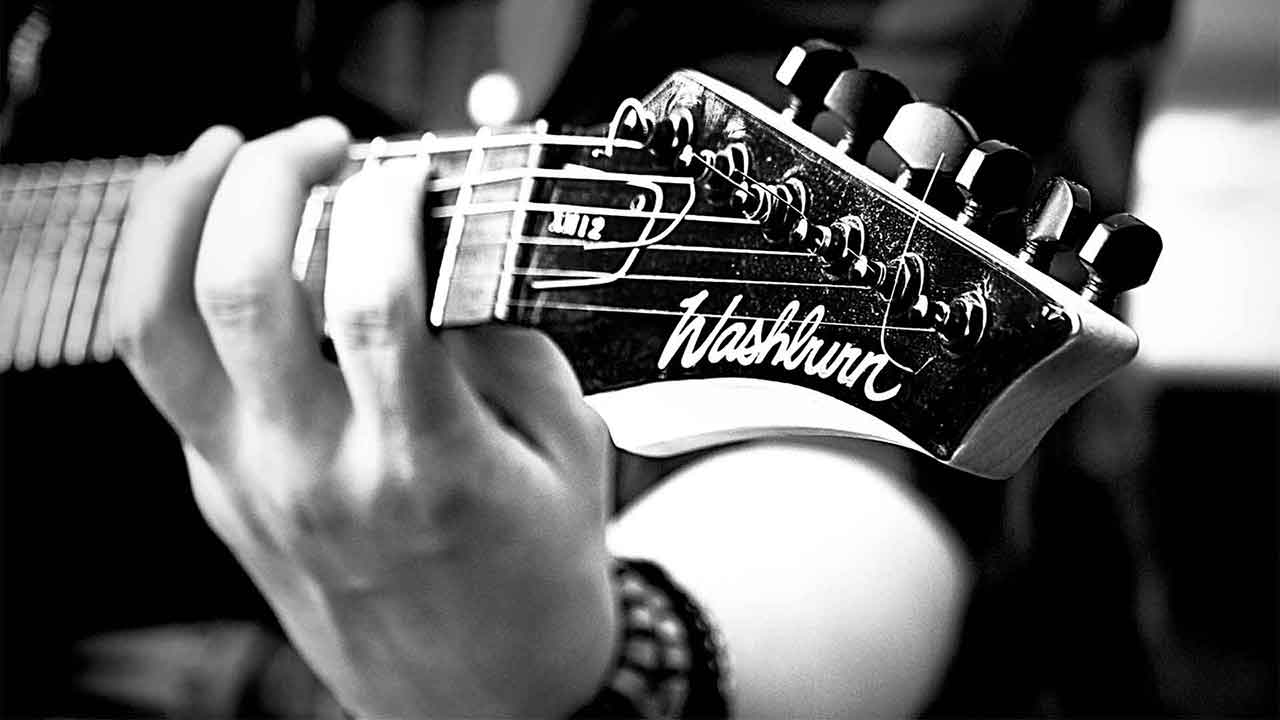 If you’re a new player, learning guitar scales for beginners is an essential skill you can’t ignore.

In this post we’ll go over the 5 most important scales around.

You’ll learn exactly how to play these in every single key.

1. Stuff You Need to Know

2. The Beginner Scales You NEED to Know

The best way to learn guitar from A to Z

If you’re completely new to playing guitar, then the first thing you should do is read our complete beginner’s guide to learning guitar.

You’ll learn all the basics there. In addition to that, if you’re not familiar with what scales are, how they’re formed and what they do you need to brush up on basic music theory.

But since you’re here, a scale is a series of notes that sound like they all go together when played in a particular order. Songs are written with a specific scale (or “key”) in mind.

They are the basic building blocks to chords and songs.

How to Read the Diagrams

The guitar scale diagrams below show you the basic pattern each scale uses.

The red dots are the ROOT notes (1st note/tone) of each scale. The black dots are the rest of the notes within the scale.

There are no note letters on any diagram. That means you can use that same pattern to play that scale in any key. For example, the C major scale uses the same pattern as the D# Major scale, it just starts in a different spot on the fret board.

The diagrams do not have any finger numbers on the dots, because depending on where you start on the fret board, different fingers may be easier to use than others. Play around until you find something you’re comfortable with.

So how do you know which scale you’re on? You know your guitar strings right? The 6th string is the low E if you play it open (no fret). Every fret up the fret board raises that E note up a half step.

The same goes for all the other strings.

Each scale below spans 2 octaves and starts/ends on the root note of the scale you’re playing.

Want even more scales to practice? Check out these guitar lessons that have some extremely comprehensive scale libraries.

How to Practice the Guitar Scales Below

It’s always a good idea to start slowly and make sure you’re hitting each note in the scale cleanly. Then start speeding up while keeping good form and sound.

Make sure you’re playing the skill up (ascending) and down (descending) each time.

Start with one type of scale, and try to play it on each of the 12 notes available to you.

Practice for 15-30 minutes every day.

The Scales all Beginners NEED to Know

OK, now that that’s out of the way, here are 5 guitar scales for beginners you need to know.

Memorize these scale patterns, and you’ll be able to play the scale in any key on the guitar.

Learn the secrets of playing guitar from the Legend Carlos Santana

The major scale in music is extremely popular and widely used. It, along with the minor scale, is something you’ll come across when playing music over and over again.

Beyond this, if you know the major scale, you’re half way to unlocking a number of other more advanced scales (more precisely, modes).

This is another very popular music scale, and is used a lot in hip-hop and rock. It’s got a very melancholy, sad vibe to it.

But it doesn’t have to be a “sad” song. It can work great in a lot of different contexts.

The major pentatonic guitar scale may not be as popular as the major and minor scales, but it’s just as important to learn – especially for beginners.

It’s called pentatonic because it only contains 5 notes, but it’s known as the “grand master” of all scales.

Learn both this and the minor pentatonic below and you’ll be well on your way to being a great soloist.

This is the minor version of the above scale we mentioned. Another essential one you should memorize the pattern of.

It’s a great scale for soloing and songwriting.

Finally, to round out our list of absolute “must-know” scales on the guitar in the infamous blues scale.

So many great songs were written using a blues scale, and when you learn it you’ll be channeling some of the greatest guitarists to ever do it.

Thanks for checking out our complete guide on the most essential scales every student needs to know.

There are more scales out there, and some pretty scientific information on scales, but it’s important that you focus on these basic scales first and master them as much as you can.

Now that you’re done learning these, be sure to download our free Guitar Chord and Tab Cheat Sheets so you can speed up your progress when learning how to play guitar.

Thanks again for reading this guide on beginner guitar scales! Hope you found it helpful.

Back to Main Guitar Section