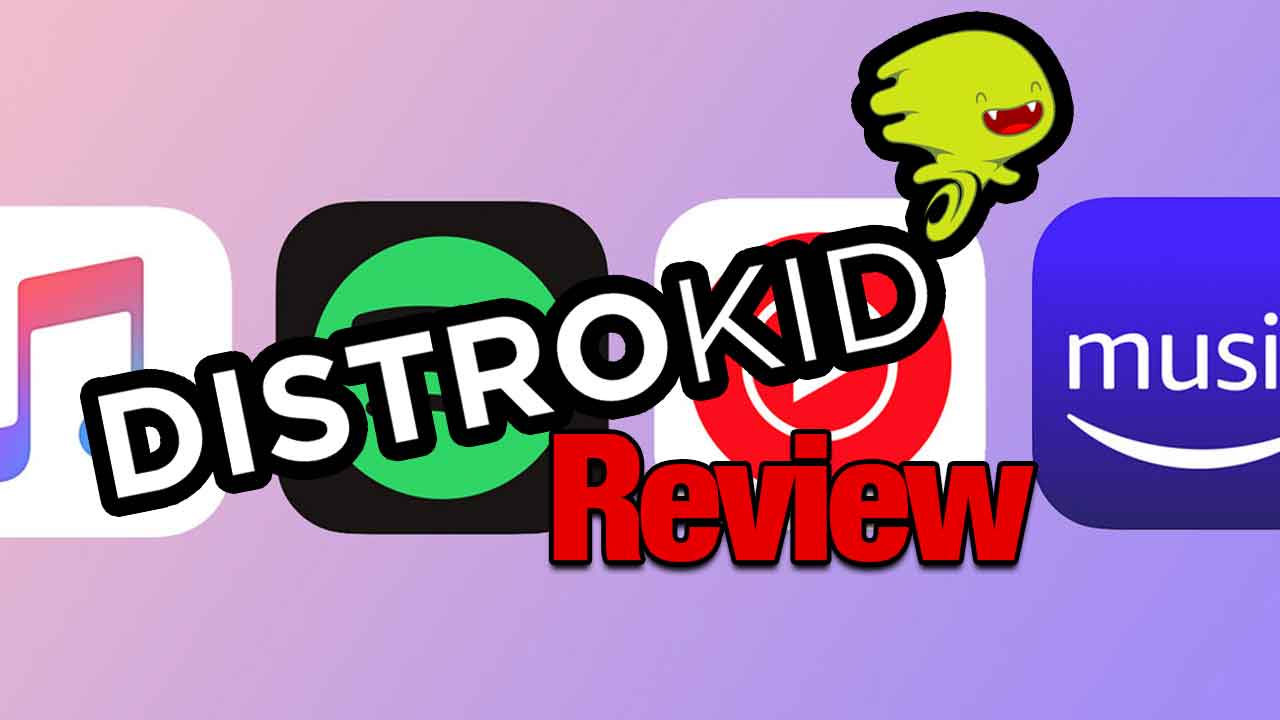 Affiliate Disclosure: Deviant Noise is a professional review site that may receive compensation for purchases made through links on our site.

In this Distrokid review we’ll show you what’s good and bad about the distribution service and whether or not it’s right for you!

DistroKid is the fast-growing, low-cost music distribution service for independent artists all around the world. And overall, they do a good job at getting your music on sites like Spotify, Apple Music and Tidal.

So yes, we do recommend using Distrokid to get your music out there easily. They’ve got an easy interface, a low price and some nice extras/perks.

But it’s not our #1 choice for music distribution.

We think the better option is TuneCore (if it fits your budget) because of a few different reasons you can read about in our full tunecore review.

But we do love DistroKid as a low-cost alternative.

Here’s how we think they rank:

Based on cost, customer service and more

Click Here to Get 7% Off Your DistroKid Membership Today!

That doesn’t mean DistroKid is a bad service – I’ve personally used it to release music in the past. And so it’s a great option for artists on a low budget that want to release a steady stream of music – like a song a week rather than a couple of releases every few months.

But if you’re able to afford it and don’t need to release a new song or project very frequently (like every day/week), use TuneCore instead. They have better royalty payouts (more on that below) and customer service.

But if you’re planning on doing something like the “Russ” method of releasing a constant stream of new music, DistroKid can save you quite a bit of money.

Here’s a breakdown of everything they offer.

— Check Out Our Full Comparison of Tunecore and Distrokid —

There’s no doubt that DistroKid is a great option to release music for a lot of people. They’re cheap, effective and have a few cool add-ons that you can choose for your release.

They release to all of the major platforms and make it super easy to get your music on spotify, apple music and everywhere else.

Unfortunately there are two areas where they’re not that great – customer support and payouts to artists.

We’ll explain more in a minute, but first it’s important to know these downsides are NOT deal-breakers. DistroKid is still a great service and simply works. So we do recommend artists use the service to get their music out there. Especially if they plan on releasing LOTS of music QUICKLY and want to save some money.

Subscription Options: (Get 7% OFF Your First Release Here!)

It’s also important to note that you’ll need to renew your subscription on a yearly basis otherwise your music gets removed from the streaming platforms. Or you can choose the “Leave a Legacy” add-on to keep them on there forever.

CLICK HERE TO GET 7% OFF YOUR FIRST YEAR ON DISTROKID!

Get Started On Your First Release Easily and Quickly!

What’s the Deal With Payouts?

So you’re probably asking why I keep mentioning lower payouts in this Distrokid review. Doesn’t DistroKid send artists 100% of the money they receive for sales?

Technically, yes they do.

But the key words are “they receive.”

Unfortunately, because DistroKid is a smaller, newer company in the music distribution space they need to work with a partner company to manage store placements and payouts.

This company acts as a “middle-man” between DistroKid and all the various music platforms out there. But this middle-man also takes a cut of the revenue before it reaches DistroKid.

So even though DistroKid is sending you (the artist) 100% of the money they receive, they’re not receiving 100% of the earnings from the stores.

With a company like TuneCore, that isn’t the case. They have direct partnerships with stores and are able to pay out 100% of the entire batch of earnings – no middle-man to take a cut.

Now, it’s not a HUGE amount of money they take, but sometimes every penny is important (especially in the streaming era).

It’s definitely not a deal-breaker, because with DistroKid you can end up saving a lot of money on releases since it’s unlimited. So you may still end up better off by choosing them to release your music.

This is my other big gripe with DistroKid, but again, it’s not a deal breaker and I still whole-heartedly recommend using them to release your music in certain circumstances.

My experience with customer service at DistroKid is a bit of an annoying one. Of course, this website is partnered with DistroKid (and I have personally used them to release music in the past) so customer service is a bit more necessary for us than the average independent musician.

But it’s a minor annoyance trying to reach out to customer service with the company and get things resolved.

Firstly, it’s difficult to even find a way to directly contact the company for support. The contact form is buried in their help section. Once you do reach out, it’s often a bit of a wait to get a response.

And of course, as with all support requests, you have to go back-and-forth with questions and answers multiple times. And each time you may be waiting a couple of days for a response. It can drag out.

Not the best experience, but again not a deal-breaker. You likely won’t need to reach out to support a lot, and I’ve never been totally ghosted by support. They always respond… eventually.

So Should You Choose DistroKid?

So… Do you go with DistroKid to release music?

Like I said earlier, our top pick is definitely TuneCore. But DistroKid’s not a bad company either. They’re just not the best in my humble opinion.

There’s really only a few reasons to choose DistroKid to release your music to streaming sites – the low-cost subscription format and a few of their cool add-ons like Tidal Master and Leave a Legacy.

But if you do go with DistroKid for their add-ons, just remember you have to pay for those PER RELEASE. and that can get pretty expensive. So you won’t really be saving money if that’s your plan.

Beyond that, if you’re going to release a ton of music then it’s probably the best option for you. If you’re a Lo-Fi producer, for example, you can easily and cheaply release a new track every day if you want, for the low price of $20-$35 per year.

If you’re a rapper or singer that wants to release a new song a week like the rapper Russ did, then it may be a great, cheap option for you as well. (Of course, Russ actually used TuneCore to do his music releases).

Just remember, as soon as you choose a couple of add-ons to go with your release, each song you put out will be as expensive with DistroKid as it would be with TuneCore.

But also, TuneCore doesn’t have a couple of the things DistroKid does – namely the Tidal Master and Leave a Legacy options.

CLICK HERE TO GET 7% OFF YOUR FIRST YEAR ON DISTROKID!

Thanks for reading this honest DistroKid review. If you liked the article, we’ve got more in our Main Music Business section.