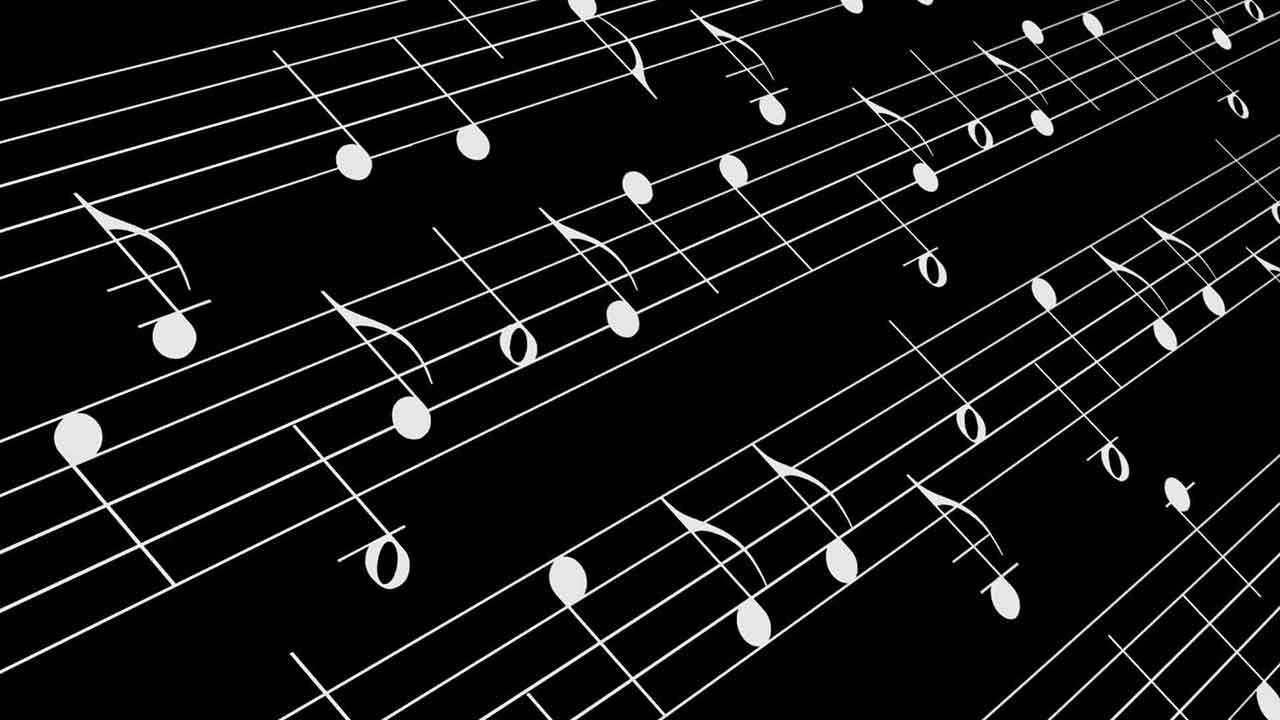 In this next section of our basic music theory course, we’re taking a look at what chords are in music. Make sure you’ve already gone through our guide on time and rhythm as well as our guide to notes and scales if you haven’t already. We also talk about reading sheet music if you’re interested.

How to Play Music Chords

Here are ones you’ll come across most:

Since the major triad is made up of the 1st, 3rd, and 5th tone of the scale, the C-major triad chord would use the notes C, E and G. Go over to your piano and play C-E-G together at the same time. You can hear it sounds bright and happy, just like the C major scale.

You can do the same thing to find the root chord of ANY note, you simply have to know the scale of that note. So for example, to play a D Major, just use the 1st, 3rd and 5th degree of the D Major (D – F# – A)

Minor chords are often thought of as “sadder,” while Major sounds “happier.”

But the notes in the minor scale are C, D, Eb, F, G, Ab, Bb, C. (the 3rd, 6th and 7th degrees are “flattened” from the major version – this works across ALL major/minor scales)

And even though they are made up of different notes, the way it is put together remains the same. We use the 1st, 3rd and 5th degrees of the scale.

So the C-minor would be made up of C, Eb and G.

Again, you can use the same method to find out the minor chord for any of the 12 notes on the piano.

Augmented and Diminished chords carry LOTS of tension. They sounds like they are scary or “on edge.”

Augmenteds are major with a SHARP 5th degree.

Diminished ones on the other hand are minors with a FLAT 5th scale degree.

The last type we’ll talk about here is the 7th chord. These are the really full and beautiful sounding. You hear in a lot of jazz, r&b and soul/gospel music.

You can create either major or minor 7th by simply adding on the 7th scale degree to any basic major/minor chord.

Again, you can do this with ANY note on the keyboard, using this number system (we dive more in depth into the number system in part 3 of this course, next).

There’s one more basic concept that you should understand and that’s “inversions.”

An inversion is simply playing a chord, with the notes in a different order than the standard position.

If you want to invert that you would simply re-arrange the notes.

So a C Major chord in second inversion would be played as G – C – E.

Try it out on the piano to see the different sound of each “voicing” of these. Then try it with others

There’s much more to chords but this guide should have given you the basics of what you need to know. If you’d like to learn more about building chords read more details in our full guide on piano chords.

Up Next: The Nashville Number System in Music

Back to Main Music Theory Section