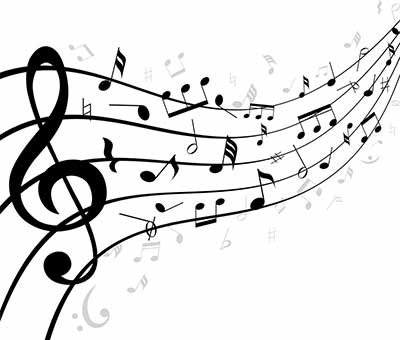 Notes, Scales and Modes in Music

Welcome to the 2nd part of our basic music theory course for rappers, singers, songwriters and producers.

If you haven’t done so yet, read the first part of this series on time and rhythm in music.

Now that you know how music moves in time and how to read sheet music, lets dive deeper into the building blocks.

It can seem pretty complex and mathematical at times, but it’s really not that bad.

Once you understand the concepts in this course and put them to use in your compositions, songs and productions, it will become second nature in no time.

The Notes in Western Styles of Music

In this guide, we’re focused on western popular styles. Music is universal, but around the world people use different time signatures, pitches and naming standards when it gets made.

You might already know the basic notes in music but if not here’s a quick refresher.

In most western and popular styles there are 12 notes that can be combined in different ways to create music that actually sounds good via “scales” (more on these later).

These are the basic ones you’ll be working with all the time:

And each of these can be “modified” to sound a bit different than the original – higher or lower in pitch. This is done by either making the note a “Sharp” (notated as a #) or a “Flat” (notated as a b).

One thing to note is this – some notes have different names, but are the exact same. For example, an A# (a sharp note) is the exact same note as a Bb (b flat note).

Confusing right? But that’s because of how music moves. It’s easier to describe when looking at a piano.

This is called moving in half-steps (more on this below).

So now when you look at the black keys on the piano you see that they can have two different names. The first black key in the set of 2 (with circle around them) is either a C# or a Db.

Confusing, I know… But read all that again a couple of times and you’ll get it.

And use the chart above as a quick reference to which keys are which.

But now at least you know all 12 notes.

The same exist on the guitar, but it’s laid out as easily. This will be helpful when learning to read sheet music.

How to Play Music Scales

This is important. It’s how music moves so our brains can comprehend the changes in pitch in relation to certain feelings or emotions.

You can’t just sit down at a piano or pick up a guitar and play any notes one after another and expect it to sound good (of course, this is debatable depending on what you think sounds “good”).

Certain notes work well with others. And that’s why you need to know these.

It’s hard to describe in words, but when you play a scale on a piano vs. playing random notes you can hear the difference.

So how do you build one? Let’s talk about how they’re built.

Intervals (Whole Steps and Half Steps)

This movement is based on different intervals of HALF STEPS and WHOLE STEPS. A half step is moving along the keyboard (either left or right) from key to key WITHOUT any keys in between.

On the other hand a whole step is when you move along the keyboard to another key but you DO leave one key in between.

Here’s an image to help you visualize what I’m talking about:

The Two Main Types of Scales

So there are two main types in western popular music – the major scale and the minor scale. The major is a lot happier sounding while the minor sounds more dark and depressing. You can build both major and minor patterns for every note/key on the piano. How you build them all depends on the intervals you use.

So how do you build a major scale? Well it all has to do with the intervals you use. Remember the whole steps and half steps? Well here’s the pattern that EVERY major scale uses when moving along the keyboard, no matter what key you start on. (W = whole step, H = half step)

So for example I’m going to build it on the note of C. This is the root note. You can start on any key and use the above pattern but the C major scale is easy to remember.

So here’s how we’d build it:

So we started at C and to move a whole step, we end up at D (there is one key – C#/Db – between the two. When we get to E, we need a half step. This would move up to F because there are no keys in between. Simply use the pattern above and you can build any major scale on any key on the keyboard.

Here’s an image of the C major scale:

So similar to it’s major counterpart, you can build a minor piano scale using a set pattern of steps. This pattern is:

So to build the minor for the note C we would start at C and use the pattern above to move to the next notes. Here is what it would look like:

So now you can see there are black notes included this time as well. This is because a half step from D is to the black note to the right of it – an Eb (E-Flat). And when you play it out, it sounds a lot darker and sadder than the major scale.

Here’s an image of the C minor scale:

Now you might be asking why I decided to only call it an Eb  and not a D# (D-Sharp). This is because when you’re playing a scale you can only use an alphabet letter once. And we already used a D as the second note (also known as a tone) of this scale.

Now the Major and Minor scales are only two of a wide variety of types. In western music alone there are various modified major/minor versions called Modes.

Modes work in the same way as major/minor in that they’re a consistent series of half-step and whole-step movements up and down a keyboard.

Here are the various different modes:

Try playing these modes to see how they sound. Start on any key of the piano and move in whole-steps and half-steps based on the modes above.

There are so many more of these concepts than just the major and minor, but for now stick to learning and memorizing these ones. When you get good with these you can move on to things like the pentatonic scale, blues scale, Arabic scale, 6, 9 and suspended chords and much more.

Note: This was a smaller version of our full guide to piano intervals, scales and modes. Go deeper on these concepts in that guide!

Are Music Notes Universal and the Same for All Instruments?

What Music Notes Sound Good Together?

How Many Musical Scales Are There In the World?

There are many different types of musical scales throughout world music traditions. Every culture has their own preferred scales to use consisting of various notes. There are 48 scales that can be attributed to the most popular styles of Western music, but there are likely hundreds more if you account for various sub-scales, modifications, world music traditions and even counting each scale for each note in music.

Can You Change Scales In A Song?

Yes you can. There are many examples of music where a “key change” takes place. That is essential going from one scale in one part of the song to a different scales in another part of a song. It can be tricky to pull off, because using the wrong two scales together may sound dissonant.

What Are Music Modes Used For?

Modes in music are basically small modifications to a musical scale. They often change the mood and emotion evoked by the notes used within that scale. Sometimes the change is drastic and sometimes that change is more subtle, but the various modes in music greatly expand the possibility of nuanced emotional pull in songs.

Next Up: All About Music Chords

Back to Music Theory Section