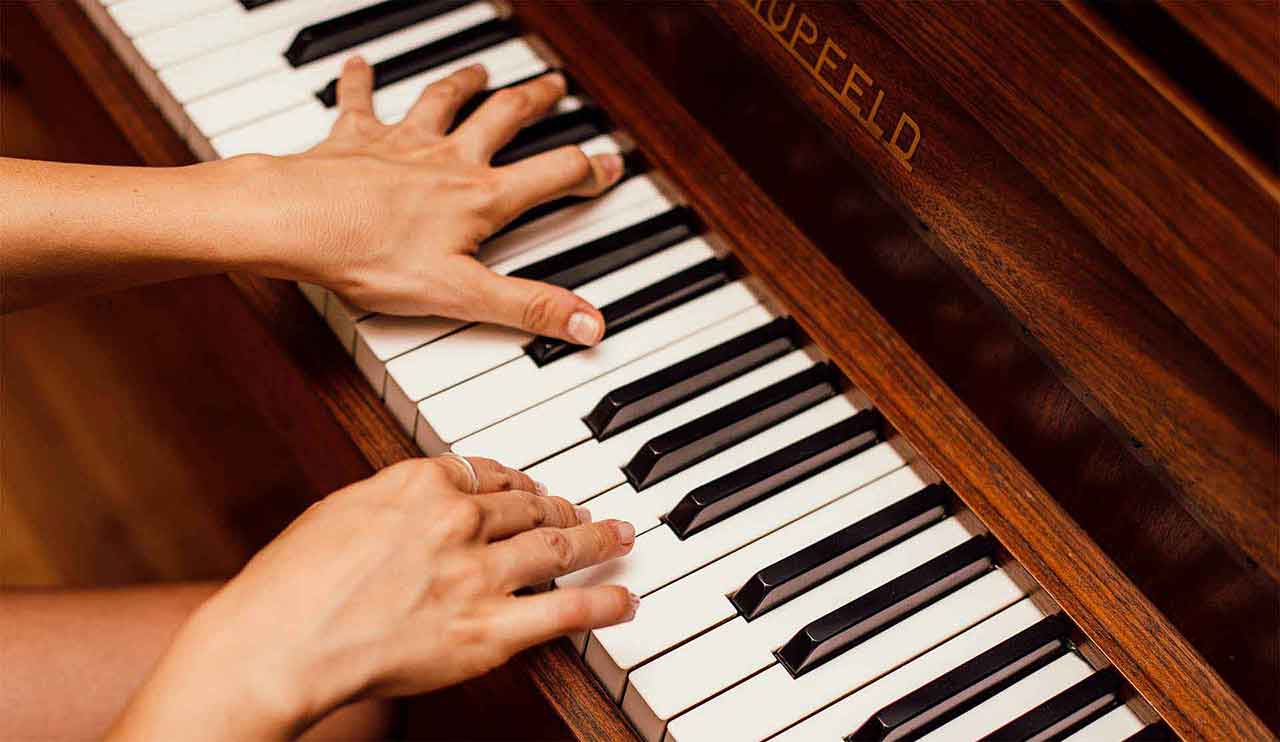 Learning to play the piano can do some amazing things to your music – especially as a singer or music producer.

It’ll take your performing, songwriting and production to a whole other level.

Deviant Noise has one mission – we want to help you make the best music possible.

So this is the page you’ll find links to all our guides, articles and resources about piano playing.

We’ll keep this page updated with all the latest stuff we put out related to piano.

Make sure you bookmark this page so you’ve got easy access whenever you need.

To bookmark, just hit CTRL+D or Command+D on your keyboard.

Step your piano playing skills up with our free guides below

Learn How to Play Piano

Find out which piano training program is best for you

Quickly and Easily learn intervals, scales and modes on the piano.

A Quick and Easy Guide to Playing Every Chord You’ll Ever Need (With Diagrams!)

All About Piano Chord Progressions

Learn about the most popular chord progressions on the piano and even how to write your own!

Learn how to structure an effective piano practice session and get more tips!

Learn How to Practice Piano

Check out some of our latest piano product reviews

Other Resources for Piano Players

Our Favorite Pieces of Sheet Music to Learn on Piano

Whether you want to become a pro piano player or you produce music or write songs, learning to play piano can help you in so many different ways..

Knowing how to play an instrument allows you to approach music in a different way than others.

There are a lot of thing you can learn about how to maximize the potential of your music by learning to play a musical instrument – and you’ll increase your chances of success in a music career.

Are Piano and Keyboard the Same?

In a sense, yes. Often people will use the terms “piano” and “keyboard” interchangeably. The distinction comes into play when you’re talking about the instrument you’re using itself. A piano is technically the entire instrument, whether it’s acoustic or electric/electronic – it’s the keys, the strings, the body, the components inside, etc. A keyboard actually refers to the actual bed of keys on the piano. Also, people often refer to digital pianos and MIDI pianos as keyboards, since they work differently than acoustic and electric pianos.

Can Piano Cause Carpal Tunnel?

Any sort of repetitive movement with improper technique can lead to injury. It’s important to stretch your hands, fingers and wrists while also letting them rest enough to protect the health of your limbs. If you ever start to feel pain while playing, check your technique and take a break. Maybe do some stretching as well.

When and Where Was Piano Invented?

Although the concepts used in modern pianos have been around since the antiquity (with pipe organs and such), the invention of the piano is credited to Bartolomeo Christofori in 17th century Italy. We know for sure that a modern style piano was definitely around by the year 1700.